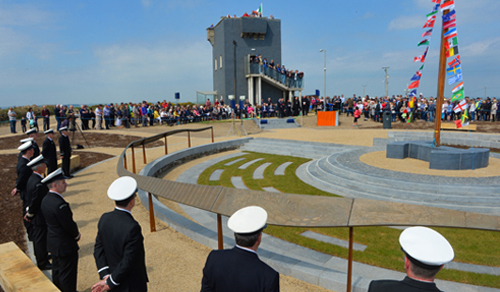 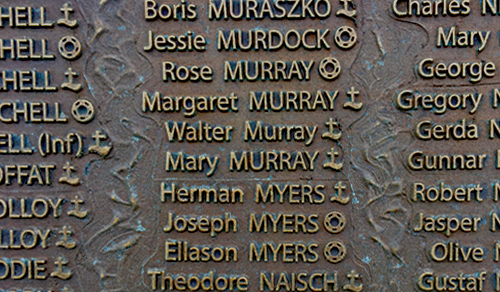 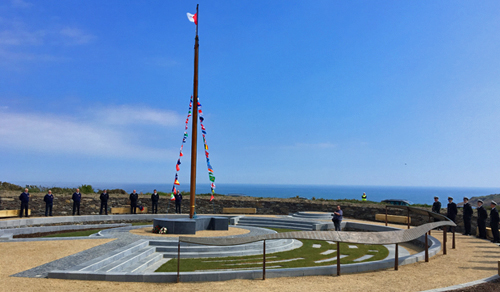 We first became involved in this project when CSR acted as lead consultant of a multi-disciplinary design team comprising landscape architects, a conservation architect, structural engineers, archaeologists, and ecologists in the preparation of a Feasibility Study for the restoration of the historical Old Head Signal Tower.

After the successful restoration of the tower (which dates from the Napoleonic period), we were engaged to design a garden that would reveal the natural beauty of Old Head, while also acting as a peaceful yet social space, informative and engaging for all visitors.

A memorial garden must serve as both a historical monument and a place for quiet contemplation, and the recently unveiled Lusitania Memorial Garden achieves both objectives with precision and beauty. The sinking of the Lusitania ocean liner during World War One remains one of the worst maritime disasters to take place off the coast of Ireland, and the garden memorial, one of our latest design projects, is dedicated to the memory of all who sailed on the ship.

The garden layout incorporates a 20m bronze ‘Wave’ sculpture that features the names of those on board the ill-fated Lusitania at the time of its sinking. The sculpture was a collaboration with National Sculpture Factory Cork Ltd. artists Liam Lavery and Eithne Ring  —  appointed by competition to design the commemorative piece — and can be viewed from a circular path around the garden.

A flag and ball signalling mast acts as a central focal point, while we created seating areas and a sunken garden space to encourage quiet meditation. Panoramic views of Old Head — a landmark destination on the Wild Atlantic Way — can be enjoyed at viewing areas scattered around the garden.

Design development included liaison with Cork County Council Planning Department to determine planning, heritage and archaeological requirements associated with the site. The project was grant-aided by Fáilte Ireland with whom close liaison was also maintained to ensure that various requirements of their Wild Atlantic Way development strategy were fulfilled.

Detailed design and tendering was undertaken in Spring 2016 in conjunction with Punch Consulting Engineers and Michael Barrett Partnership quantity surveyors.

The Lusitania Memorial Garden was unveiled at a ceremony attended by relatives of those who perished in the disaster, and is now open to the public.